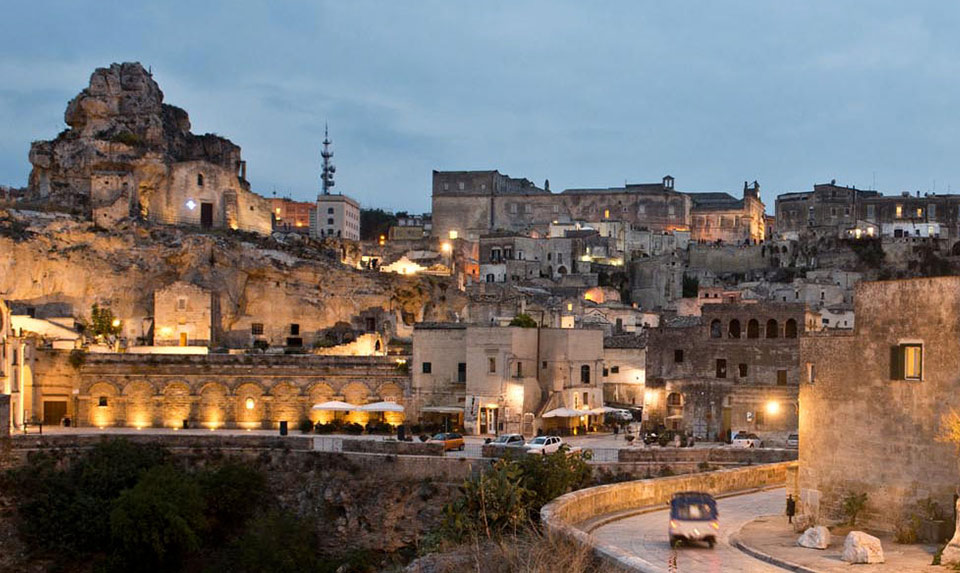 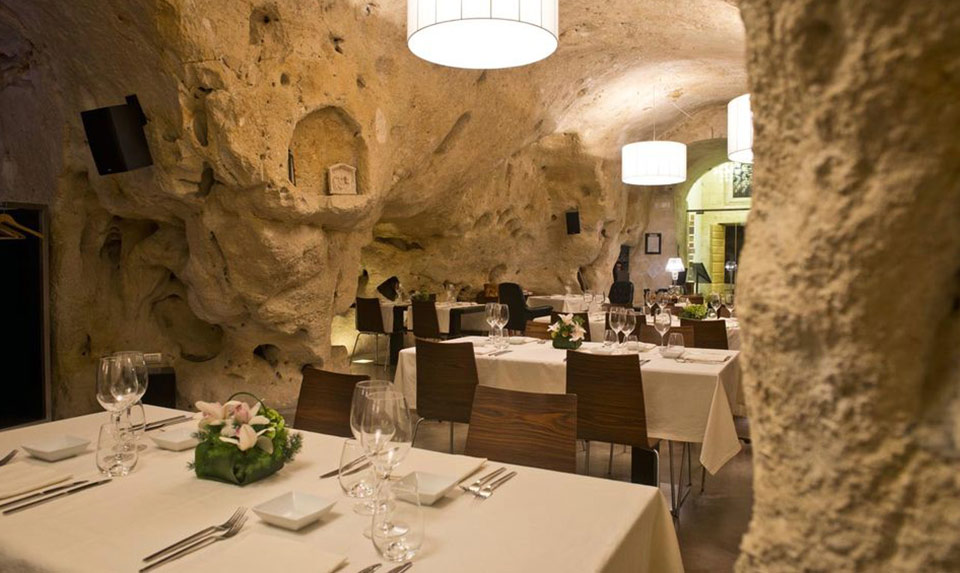 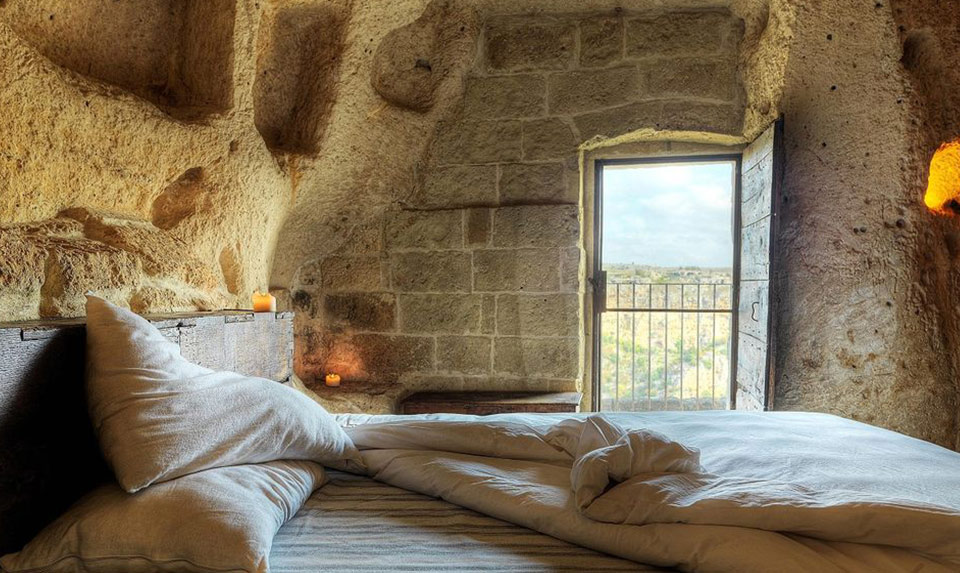 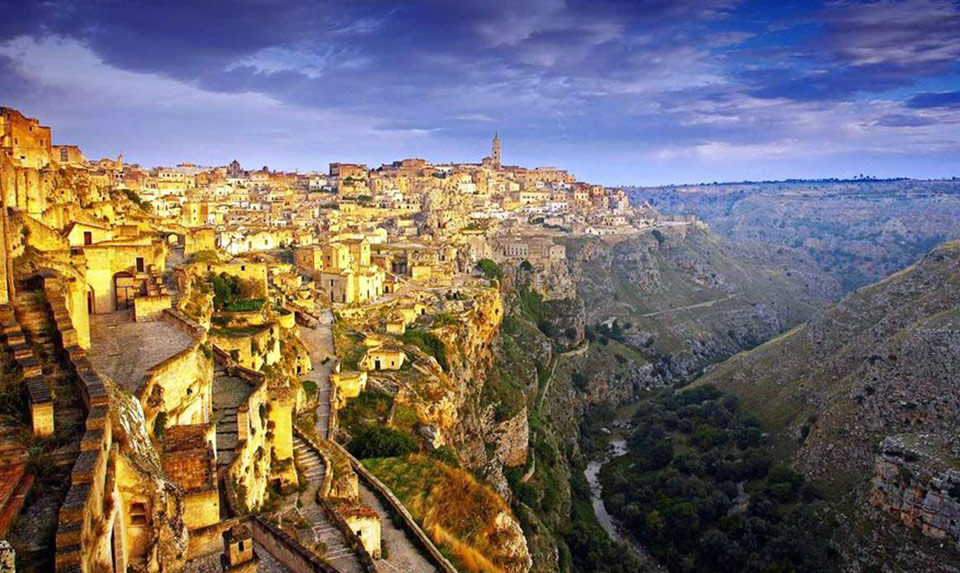 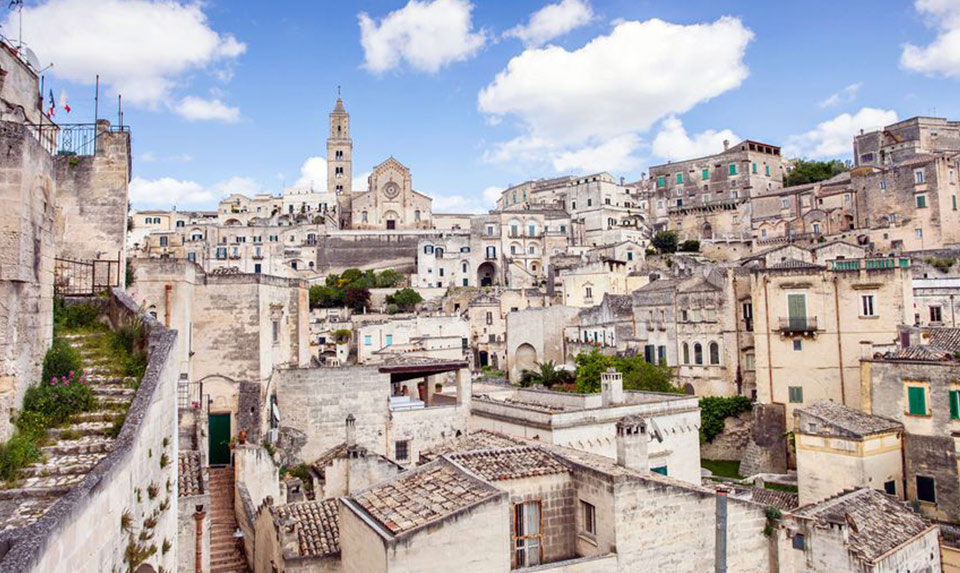 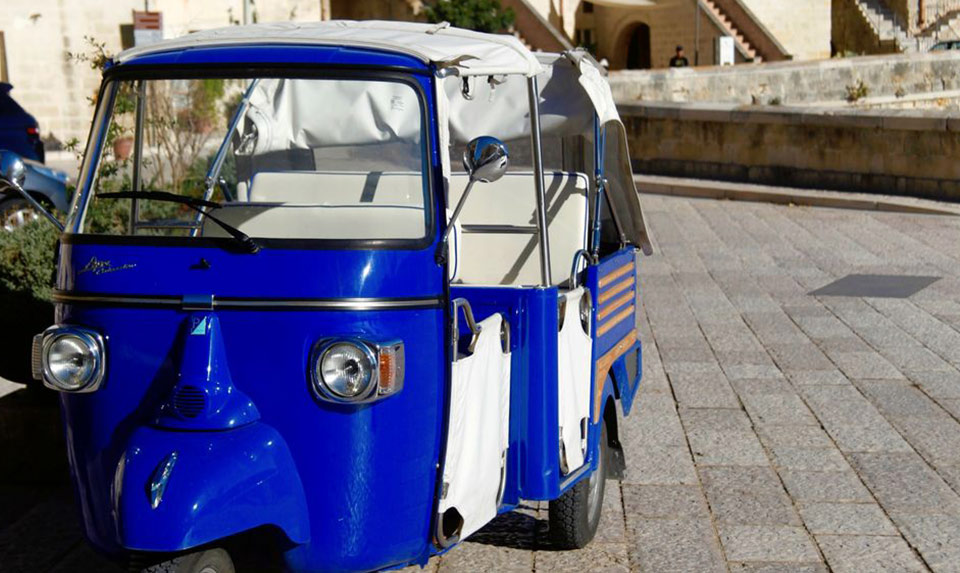 Matera is one of the oldest inhabited cities in the world, and is made up of rock-cut caves in which its citizens have traditionally lived.It clings to a denuded peak in the extreme south of the country, in the small region of Basilicata, the instep of Italy’s boot.

Set in stunning landscape, unforgettable Matera is one of the world’s most ancient cities, its cave dwellings dating back to prehistoric times. The city has gone through a magnificent transformation in the last few years, becoming a must-see destination for tourists and a popular film location for movie makers.

Matera: unique and spectacular!
The ancient neighbourhoods, known as Sassi, are a series of grottoes carved out of limestone, teetering on the edge of a ravine. Visitors are growing a lot, especially since Matera has been designated as European Capitals of Culture 2019 and many of the caves have been transformed into stylish hotels and restaurants.
With the Sassi now home to luxury hotels, restaurants and designer boutiques and the city hosting numerous concerts and shows and home to young creatives and entrepreneurs, there has never been a better time to have your destination wedding in this amazing part of southern Italy!!
While wandering round the ancien Sassi you can realize Matera one of the most unique and spectacular places you can’t visit in Italy or anywhere in the world.

Airport: the nearest airport is Bari, one of the main city of Apulia region. Bari is connected with international airports of Milan and Rome. From Bari you can reach Matera within 50 minutes driving.

Recommended period for weddings in Matera from April to October.

Type of venues: Amazing boutique hotels or restaurants located in the ancient area of the city, a few of them are in the actual caves that have been renovated with style keeping the ancient magic feeling of the city.

Special touch for your wedding in Matera: Arriving to the reception or ceremony venue by a “Calessino” that is a typical small three-wheeled vehicle and enjoy the night view to the ancient city!

Getting married in Matera is a truly unforgettable experience. Matera is located in a remote corner of southern Italy in the small region Basilicata. Until a few years ago, it was not the easiest place to reach which is why it has managed to remain relatively unknown, especially to foreign tourists, although since it became a UNESCO World Heritage Site in 1993 visitor numbers are incredibly growing and many of the caves have been transformed into elegant hotels and restaurants. It still has an undiscovered air and as you wandered the ancient Sassi you can marvelled that Matera it is going to be on everyone’s “must visit” list.

Make your dreams come true by choosing to celebrate your Italian Wedding in Matera!

Special touch for your wedding on the lake: Arriving on a typical wooden boat to the reception venue or enjoying a spectacular fireworks display arranged on a floating platform in the middle of the lake.