6 Reasons Why You Should Elope in Capri

6 Reasons Why You Should Elope in Capri 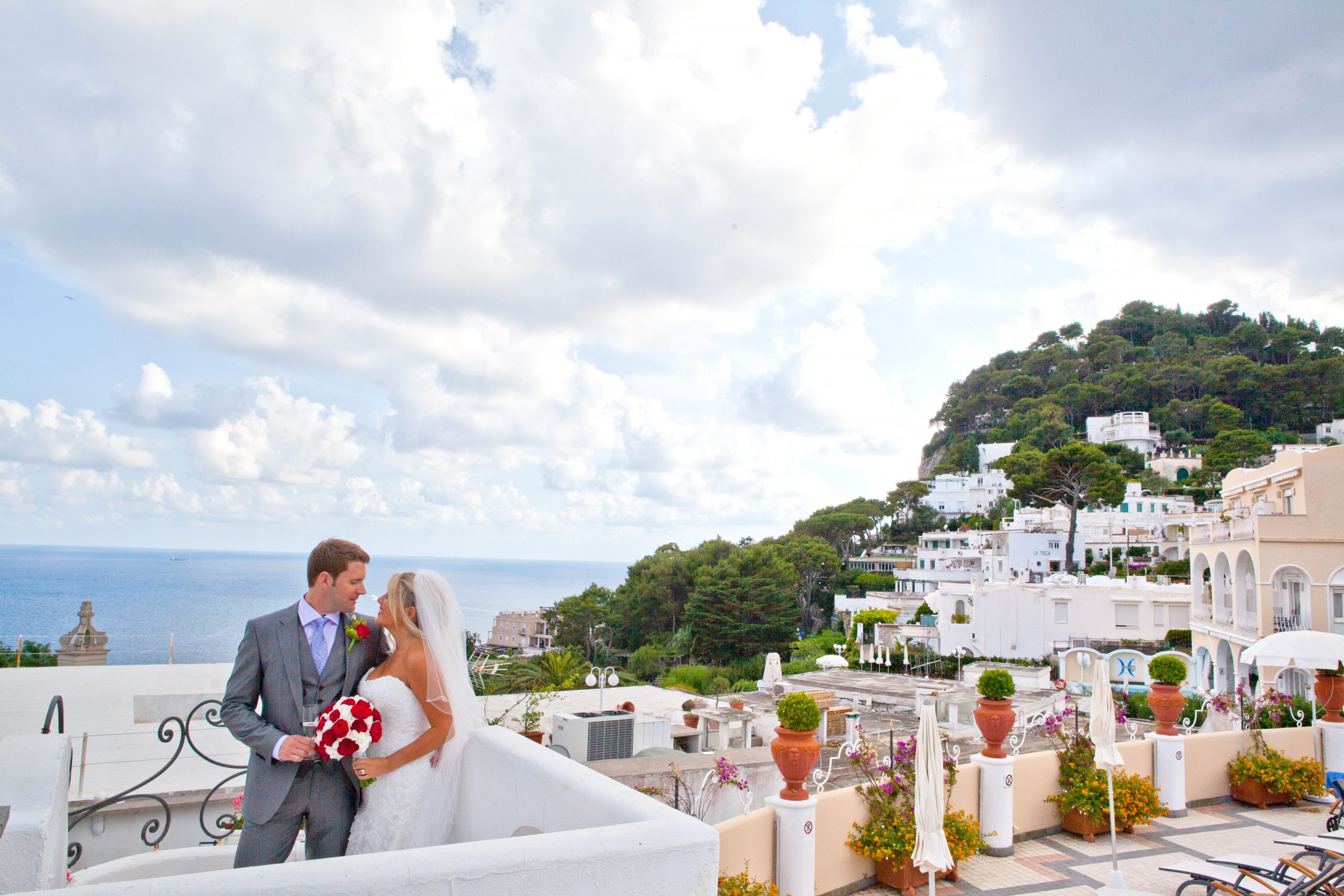 5 Reasons Why You Should Elope in Capri

There are 6 reasons you should elope in Capri in Italy. Capri island is authentic beauty. We explain why Capri is one of the most romantic places in the world to elope.

If you wish to skip the whole wedding process you can always elope in Capri, your entire wedding day will be about celebrating the love you and your fiancé have for each other.
We can arrange for you a beautiful ceremony with a breathtaking view followed by a romantic dinner on one of the most elegant and intimate restaurant in Capri.

Capri is beautiful, like a dream, whether it lands during the day, when the waves go crazy against the rocks, or at night, when the lights of the square illuminate the facades of the houses and the sea, plunged into sleep, cradles the moored boats, in Marina Grande. It is here, in the north of the island, that you can land on fast hydrofoils from Sorrento and the Gulf of Naples. Docking elsewhere is almost impossible due to the high rocks of the coast – Punta Carena, Punta Ventroso, Punta Tragara – and the winds, which blow from the east in the morning and from the northwest in the afternoon.

The steep coasts hide caves – there are 65 of them, including Azzurra, the most famous – and are bordered by high rocks, such as the famous Faraglioni, whose image, perhaps a little stereotyped, serves above all to promote tourism. The interior, on the other hand, is characterized by the linearity of the citrus groves and vineyards that climb the slopes. Capri is enchanting for the atmosphere that surrounds it, for its colors – the whiteness of the villas surrounded by greenery contrasts with the blue shades of the sea – and the intense scent of myrtle and rosemary that hovers in the air. 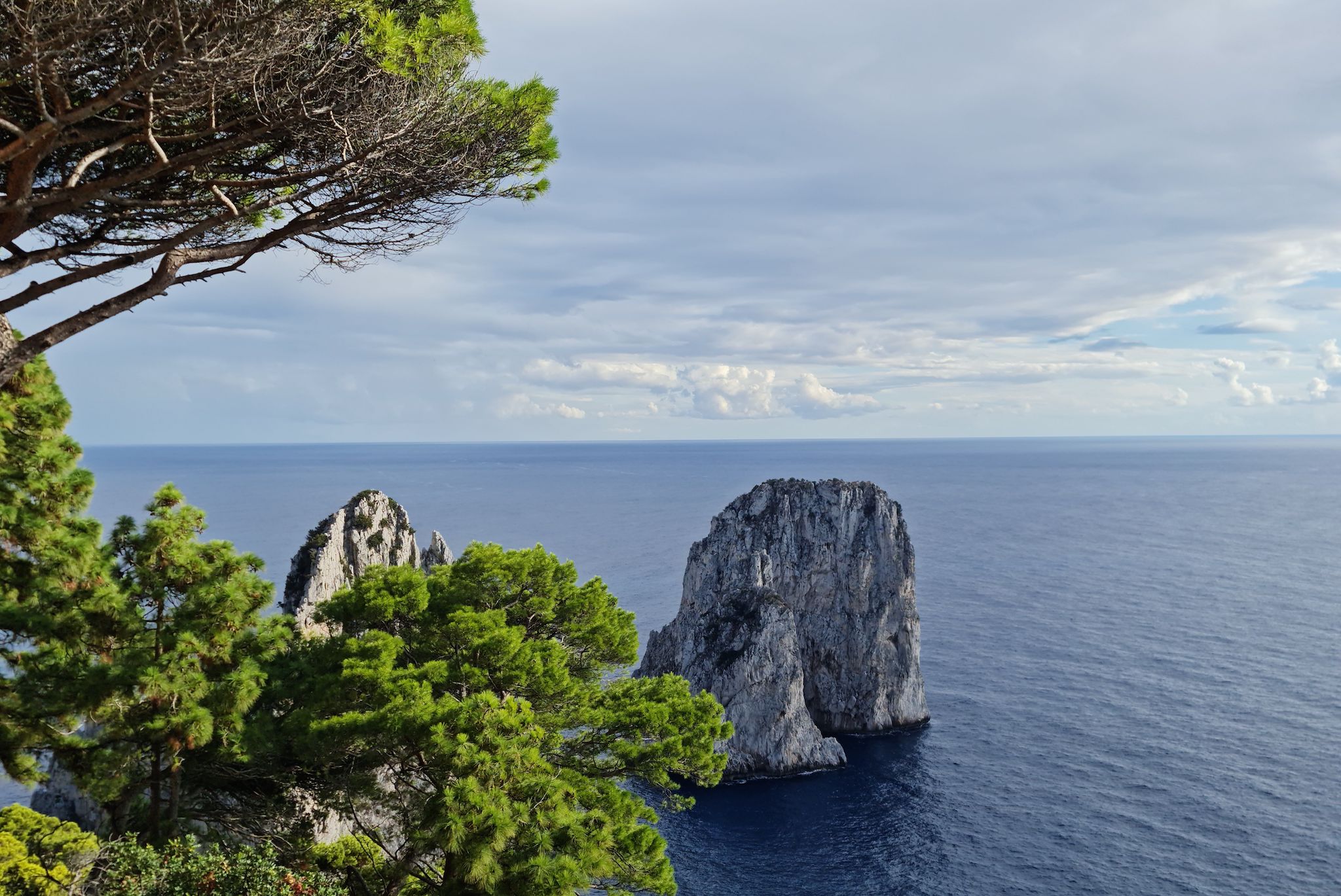 It is no coincidence that the ancient Latins called it Insula sirenussae, the island of the sirens, the land that seduces. And Homer, while not being able to recognize the more than 850 botanical species present on the island, defined it as Antheomoessa, the flowery land, green in summer and fragrant in winter. From Marina Grande, excursions start with sun-bleached goiters and the funicular that quickly reaches the heart of the island. Along via Colombo, however, you have the opportunity to walk along villas, gardens and private homes in the middle of the Mediterranean scrub, among oleander and juniper plants. Near a church that houses the remains of San Costanzo, the patron saint of Capri, a steep path with more than 500 steps is revealed, already traced in Greek times and then remodeled by the Romans. It is the Phoenician Staircase which leads to the castle of Barbarossa, overlooking the sea, and which connects the town of Capri to Anacapri. 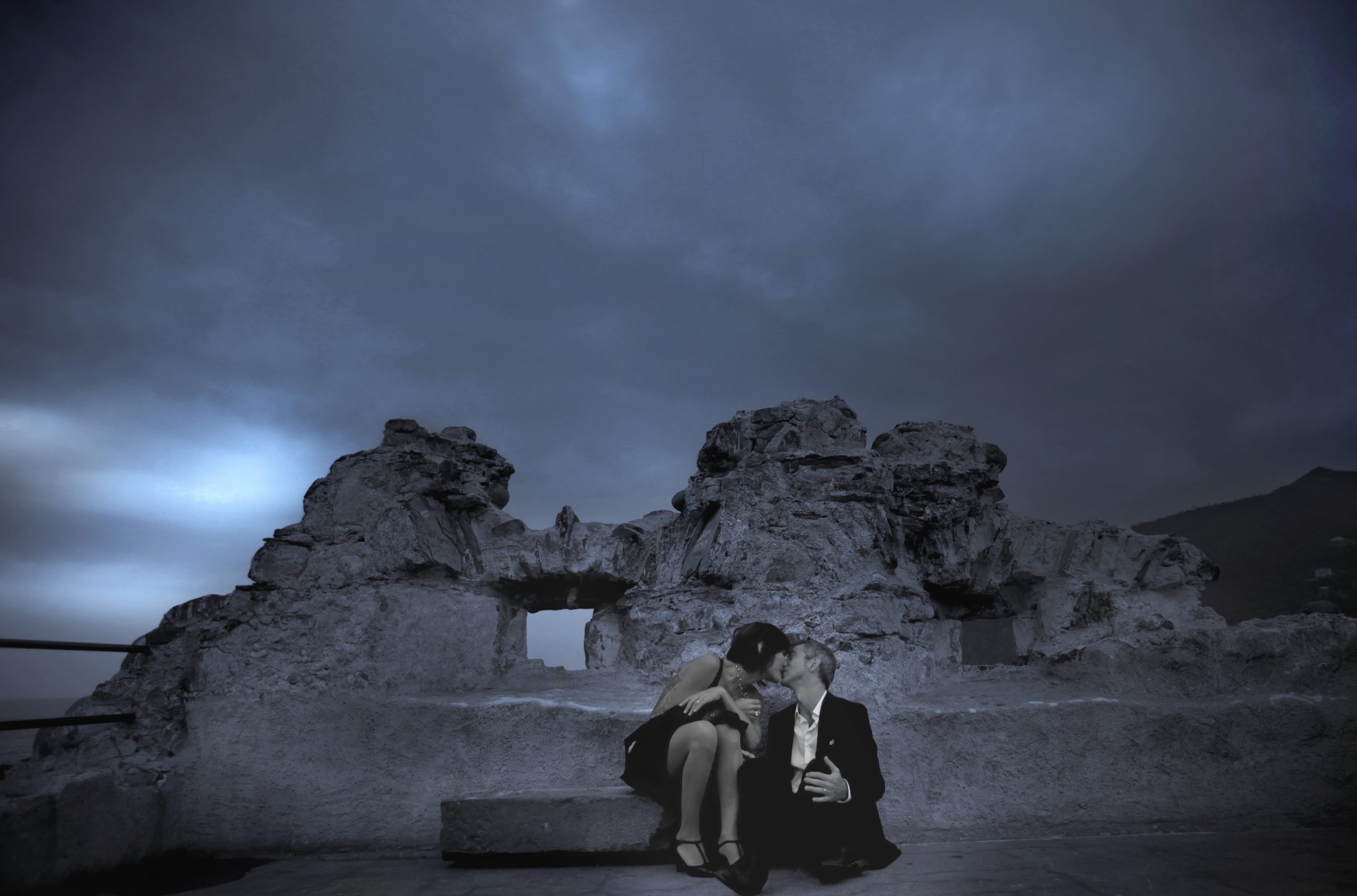 A little further on, hidden in the greenery of a park, stands a large mansion, where the Baths of Tiberius once stood. The Roman emperor, who arrived on the island in 26 AD, had numerous baths and some villas built there, twelve to be exact, each named after a deity. To the most sumptuous he gave the name of Villa Jovis and placed it on Mount Tiberio, one of the most inaccessible places in the eastern part of Capri, surrounded by thick vegetation. The building, which occupied an area of over 7 thousand square meters, was built on several terraces connected to each other by large marble stairways. Overlooking the sea, the overhang known as the “Tiberius jump” is still clearly visible, from which, according to the historian Suetonius, the emperor launched his enemies.

The best known and most famous place in Capri, however, is Piazza Umberto I, better known as the “piazzetta”, an elegant outdoor lounge where people love to meet and meet. Surrounded by the clock tower, which some believe to be the bell tower of the ancient cathedral, public offices, restaurants and cafes, the square is the center of the oldest town on Capri. It is beautiful and romantic even in the evening, full of lights and people walking around. On one side of the square a steep staircase climbs up to the church of Santo Stefano, rebuilt at the end of the seventeenth century with extravagant Baroque shapes and Arab-inspired domes. Opposite is Palazzo Cerio, which houses a museum entirely dedicated to the history of the island. Further on, towards the blue of the sea, there is the fourteenth-century Certosa di San Giacomo, inside which there are valuable frescoes.

The most beautiful panoramic road in Capri is the legendary Via Krupp, built in 1902 at the behest of the German industrialist who gave it its name. It is one kilometer long and connects the gardens of Augustus to Marina Piccola, the island’s other landing place, in a succession of covered sections under the pergolas of the houses and sometimes uncovered with superb views. Among the most beautiful are those of the Cannone viewpoint with the stacks and the natural arch, the result of the erosion of the limestone cliff overlooking the east coast. It is impossible not to be bewitched by the beauty of nature and the magical atmosphere that surrounds Capri. The emperors Tiberius and Augustus who lived in Capri and loved it deeply were also so, and many other travelers who knew it over the centuries and, in many cases, never managed to detach from it again. Like the Swedish doctor Axel Munthe, who last century gave parks and gardens to Capri; the Chilean poet Pablo Neruda, who painted her as the “queen of the rock in a purple and yellow dress”; the Russian revolutionary Maksim Gor’kij, who went here to treat himself for tuberculosis and the writer Curzio Malaparte who lived in an enchanting Pompeian red villa on Punta Masullo.

LET US PLAN & DESIGN AN INTIMATE WEDDING JUST FOR YOU! 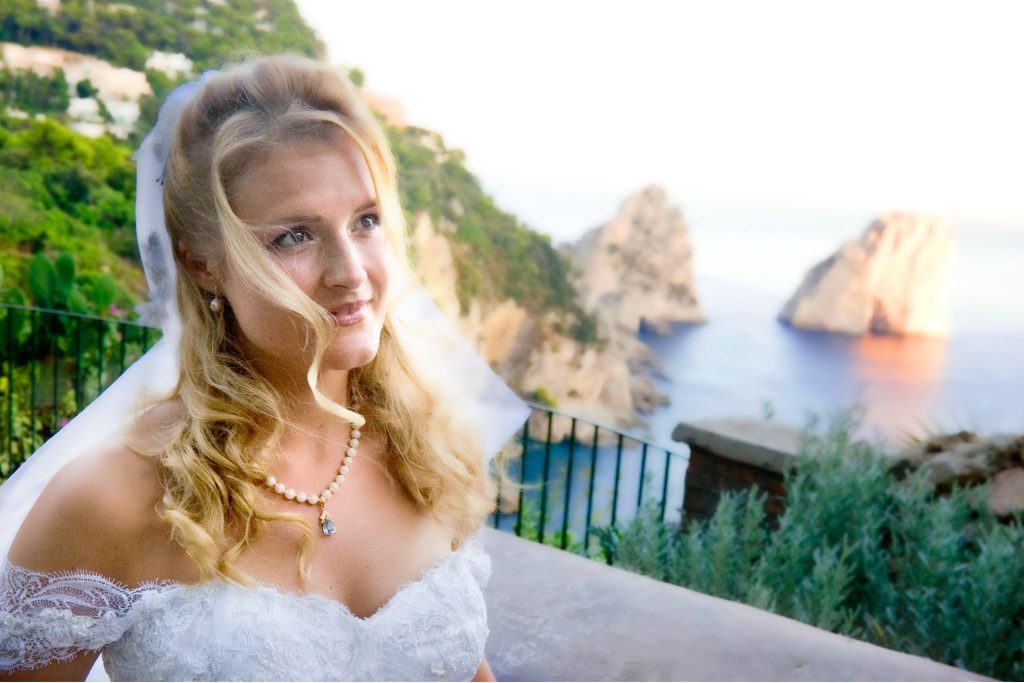 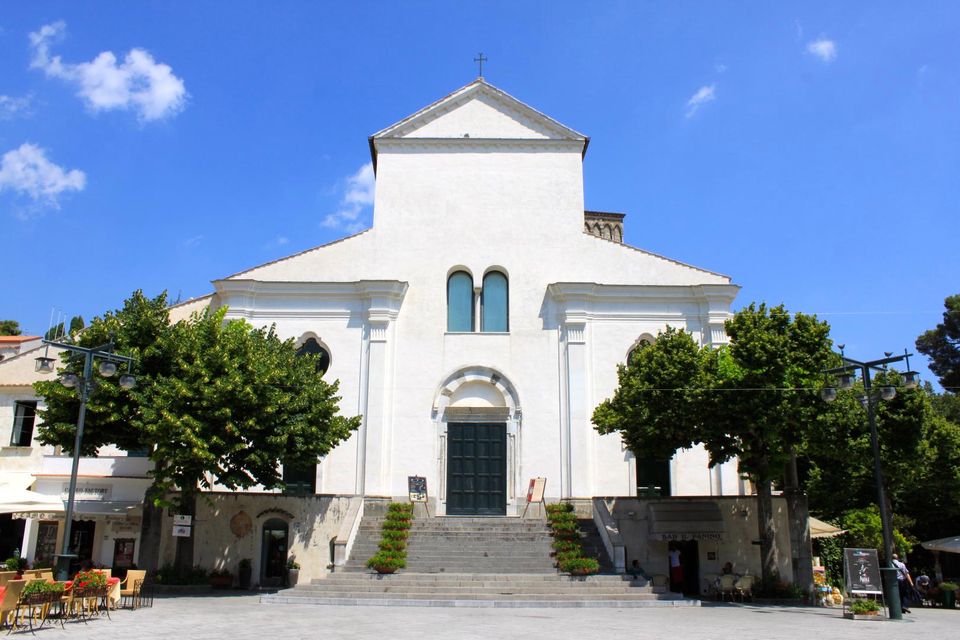 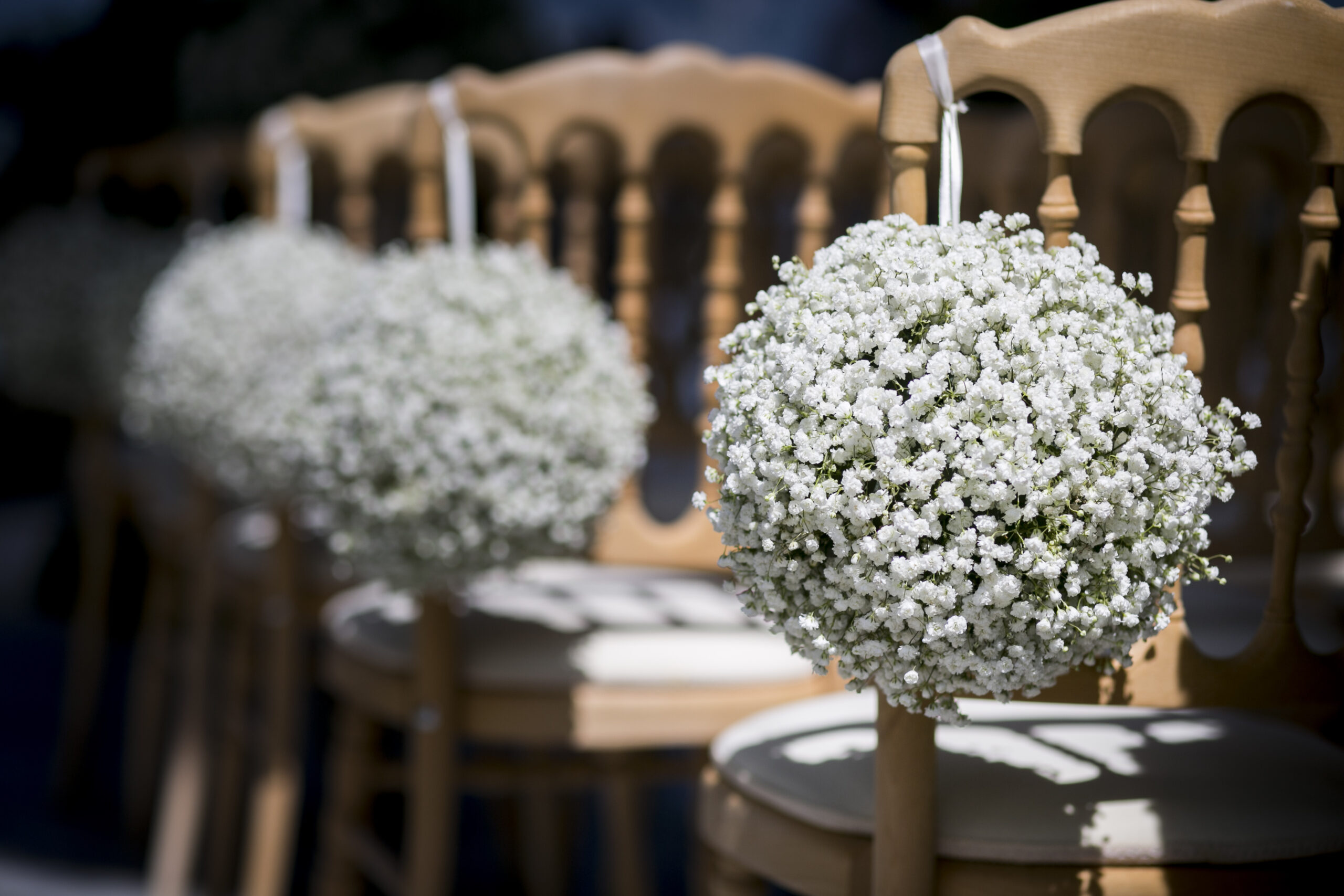 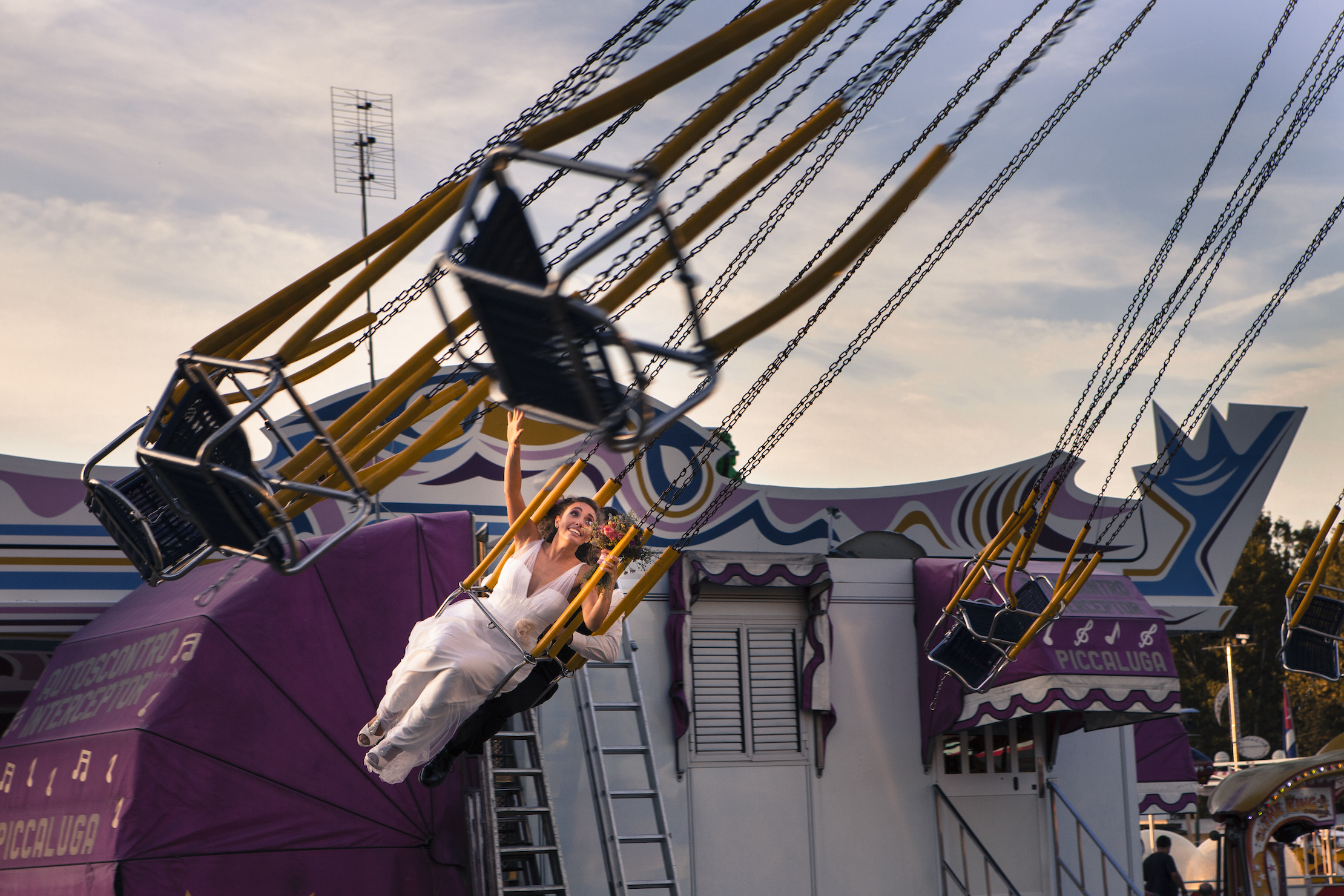